A Conversation with Antwon Faulkner – Part 2

Q. Please describe your creative process when making a track. Do you start with a melody first and build around it? Or do you come up with the drums or bass first?
A. It works both ways for me now depending on what kind of track I’m starting to build in my head. I would say I am highly concept oriented. I get a lot of ideas watching the History or Discovery channels, or something on the Space network. Sometimes I start out with an idea for the title of a track or release, then I think about what sounds would make sense. That will sort of dictate the direction of the track, like whether it’s going to be dark, futuristic or that straight up funk. The tracks for each release are carefully selected and there is a story behind them all. I’m always trying to tell a story, so there really is a meaning behind each project. In terms of how I build the track, that all depends on the concept. I will usually start with the idea that is most dominant for that particular track and let it flow from there, but there is no standard formula I follow. I will vary each and every time I produce a track, then once I’m in the studio, I’m pretty much in there until the track is done. I’ll only come out to eat and sleep, but that’s pretty much it.

Q. When performing live, what is your favorite place to play?
A. Well, when I’m performing I try to recreate my own energy and atmosphere sonically with the music, so no matter where I play on the planet it will be the best vibe.

Q. Do you have any useful advice for up and coming producers/ DJs?
A. As far as Djing goes, try and learn how to beat match using the pitch control, not the sync button! If you get into producing do it and keep doing it until you perfect your craft. Don’t release something and wait until five years later, because the market is so saturated now you won’t be relevant if you are not consistent with your music. You may get old and bitter when the next generation comes and passes you by. I’ve seen it happen. Always stay ahead and evolve with your signature style so it stands out from the rest. Don’t be scared to push the envelope.

Q. Please tell me about your release ‘Revolution.’ (Link)
A. The concept of Revolution has to do with the current state of Detroit and the United Staes in general; Dan Gilbert buying up all the buildings, hipsters moving in because it’s cool or trendy to live in Detroit now. Then there is the ‘Flint’ water crisis, the relationship between police and Black people, the fact that there are so many films about slavery, but no one wants to make a movie with a Black hero. I chose the cover art because I wanted to remind people of the real spirit of Detroit. That photo of Dr. Martin Luther King Jr. was taken during the 1963 ‘Freedom March’ in Detroit.

The name “Revolution” made sense to me because we need one right now! The other track names were like references to components necessary in a revolution. This works in the current state of electronic music as well. There are so many “producers” out there, but they aren’t all making music with real passion and some depth behind it. This makes it harder for the real artists who have real talent and a message they want to share. I wanted to put something out that said we cannot be silenced, we will not roll over and die! We will stand up and make some noise! The musical journey will continue on my label Hijacked Records Detroit, with artist such as, Brandon DeCarlo’s “Out The Other” EP released June 20th. My “Mission Mars” EP will be released this August with remixes by John Norman, Greg Gow, Rennie Foster and Nihil young. So stay tuned because some really good music is coming soon.
Check out part 1 of the interview. 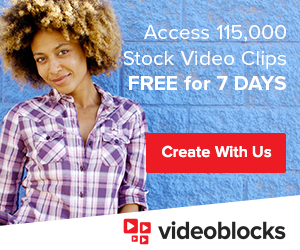